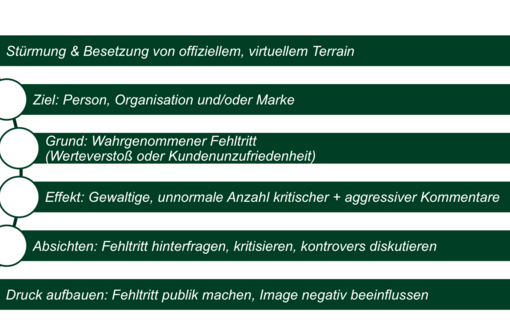 The phenomenon of excessive, rapid discharging protests on social media against brands, organizations or persons has multiple names. Remember the case of Barilla: The massive protest on social media which began with 47,826 mentions on Twitter on the first day and quickly spread internationally across various social media platforms was called a “social media firestorm” by Reuters, Forbes, Ernst & Young, the Australian Broadcasting Corporation or simply “firestorm” by CNN, the Huffington Post, the Time magazine and Business 2 Community. In the case of of Delta Airlines forbidding a mother to breastfeed her baby on their plane, the events on social media were also called social media firestorms (See ABC News and BBC). Other names for this social media phenomenon are a social media backfiring or backlash, as I saw it already at the Huffington Post, AdAge, Gigaom, Soshable, or social media blunders, e.g. at Social Media Today or social media outrage, e.g. at Slate or Business Insider In Germany, we widely refer to such cases as Sh*tstorms (Sorry!).

The things which have happened to Barilla, Delta Airlines and many other brands, organizations or personson social media are equal, but still they are named differently. In all cases a social media communication channel was invaded by users. We use different words for equal events, making it hard for others to understand what we are talking about. So it may be of common interest to use the same word for such events in our conversations around the globe (and to relieve Germany of a fecal word as well). The most prevalent name in well known media or expert blogs is social media firestorm, as we can see above.  Additionally, science already agreed on social media firestorms as a name for this phenomenon: “Understanding online firestorms: Negative word-of-mouth dynamics in social media networks“, was the first scientific paper about this topic, written by J. Pfeffer , T. Zorbach and K. M. Carley.

But what is a social media firestorm?

The authors define online firestorms as a “sudden discharge of large quantities of messages containing negative Word-of-Mouth and complaint behavior against a person, company, or group in social media networks. In these messages, intense indignation is often expressed, without pointing to an actual specific criticism.” In my opinion this journal article contains the best definition of social media firestorms to date. First, it clarifies that a social media firestorm is a word-of-mouth phenomenon and thus integrates it into existing theory. Second, it emphasizes the specific social media context of the phenomenon.

Here is the full, verbal definition of a social media firestorm:

„A Social Media Firestorm is a process, in which users adapt or initiate the behavior of storming and occupying an official social media profile. The attacked social media profile is official, virtual property of a specific person, organization or brand. The firestormers occupy the social media profile due to a perceived performance or value related failure. During the time of the social media firestorm, the attacked profile is overrun with a vast and abnormal number of criticizing and aggressive comments. The number of comments can be considered to be vast, if it overshoots a certain natural level, which is usually realized on the social media profile. With the numerous postings, the users seek to scrutinize, criticize and controversially discuss the behavior of the target. Additionally, they want to build up pressure by publicizing the failure and negatively influencing the targets’ image.

So, what is vast and abnormal?

The number of comments on a social media profile is vast, if its handling (more precise: the thorough answering of every single post) becomes impossible (Thanks to David Eicher for providing this thought). At this point it matters how much manpower is available for community management. For the most profiles answering each and every comment thoroughly will be impossible for most companies if the number of daily inbound comments reaches four digits.

Abnormality can be understood as follows: Every social media profile realizes a natural level of inbound comments in times without a crisis. So the average volume of comments in such times determines a normal gauge of buzz on that profile.** If this gauge is exceeded for several days, we can speak of an abnormal number of inbound comments for the social media profile. The following figure tries to illustrate this process. The dashed lines mark the period of the social media firestorm. 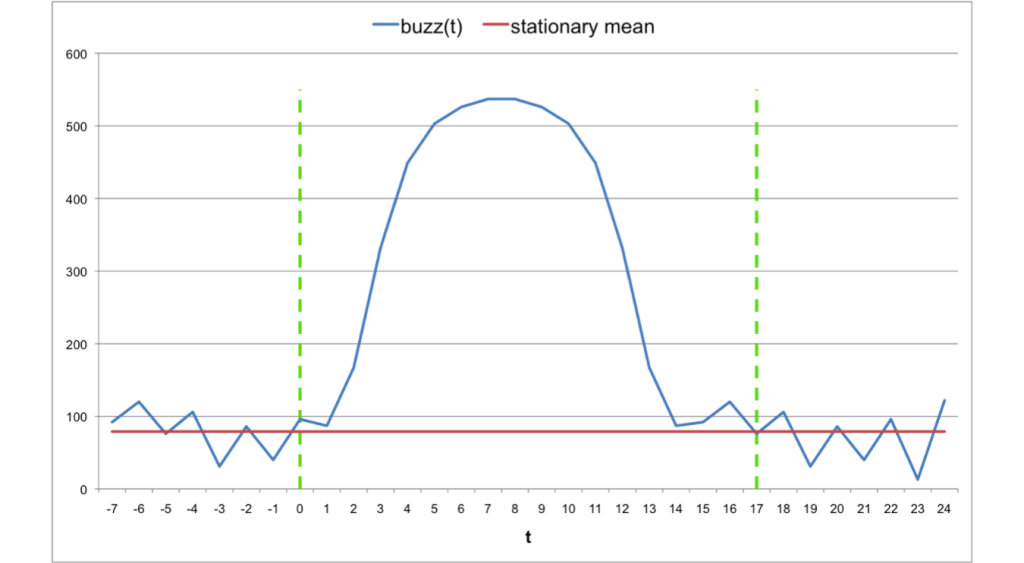 In practice a firestorm looks as follows. These two diagrams are taken from an analysis of a Twitter-Firestorm, which was published by Buzzfeed.

So much for a more precise definition of social media firestorms. Please let me know how you like it :)

*The title was “Categorizing and Prioritizing Causes for Social Media Shitstorms: Development of a Scientific Model” and was supervised by Prof. Dr. Thorsten Hennig-Thurau.
**For scholars: We need to check the criterion of stationarity with time series econometrics as well. The normal corridor for inbound buzz of a social media profile is the mean plus one standard deviation. The modeled progress of the curve above is based on diffusion theory. The process of a social media firestorm normally takes place within hours. Because the granularity of monitoring data is mostly available on a daily basis only, curves illustrated with such publicly available data are often very compressed. However, I could show with this German post that firestorms and candystorms can show the form of diffusion curves if the granularity of the data is sufficiently precise.

5 thoughts on “What is a Social Media Firestorm? A clear Checklist and Definition”